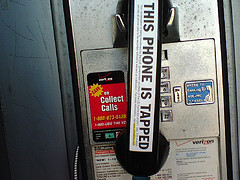 On June 18, 2014, the Supreme Judicial Court clarified the scope of the “one-party consent exception” to the state wiretap law (chapter 272, section 99).  In Massachusetts it is illegal to secretly record an oral communication unless all parties to the conversation consent.  However, the one-party consent exception allows a law enforcement officer, or someone authorized by a law enforcement officer, to secretly record an oral communication if it involves an investigation into “organized crime.”